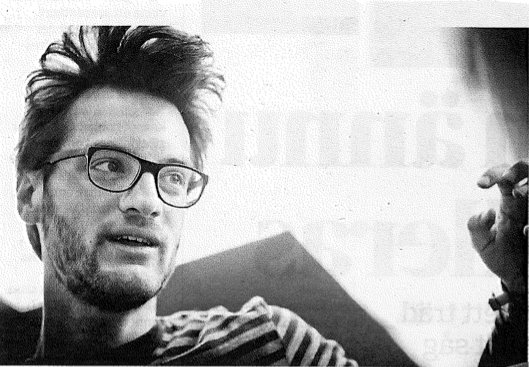 At the moment, Gustav Wollentz, a PhD Candidate in Archaeology from the Graduate School of Human Development in landscapes, Kiel University (Germany) is doing a research project, and Mostar is taken as one of his case studies. Even though he is carrying out his PhD thesis in Germany, Gustav originally comes from Sweden where he completed his BA and MA degrees (Linnaeus University).

As a young and ambitious student he has a wide range of research interests. Some of them are: Cultural Heritage Studies, Heritage of Violence and Conflict, Archaeological Theory, The Role of the Past in the Present, Museology, Culture and Identity, Memory Studies, The Perception of the Landscape, The Relationship between Time and Space and Conflict Resolution.

Since Gustav is conducting this project in Mostar with a help of two local archaeologists, Marko Barišić and Damir Ugljen, he was pleased to be interviewed by them. In this interview he was asked about the way he sees his work in Mostar and how it can be of benefit to the local as well as the wider community.

Why did you choose Mostar as your case study?

As an archaeologist studying the cultural heritage and the changing role of the heritage in instances of violence, Mostar forms an ideal case study. Of course, the city has received a huge deal of global attention from different worldwide organizations, and these have put a vast amount of money and effort into the reconstruction of the heritage of the city. However, what I do see in Mostar is also national and local initiated projects concerning the heritage, that work on a completely different level and probably also have a different kind of meaning to the people living in the city. It is this kind of contrast between actors that attracted me to the city, and how the heritage of the city is constantly used on different levels and for different reasons. The fact that the war happened 20 years ago also means that I can carry out interviews with people that actually experienced the conflict, and in such a way get first-hand information about the changing role of the cultural heritage in times of conflict, and its immediate impact for people on the local level.

How can your research add to the individuals within the community as well as to the scientific community in general?

I hope that this study can raise our knowledge about how violence changes the perception of the landscape, and how this change of perception often makes the heritage symbolically potent. It will highlight both the use as well as misuse of heritage, and both try to see ways forward as well as warn of potential pit-falls. The fact that voices will be heard from the local community can hopefully be of use in the future-work with the heritage in the city, and the issues that we need to take into consideration. In many cases these will be voices that never have been heard publicly or ever printed on paper, so even though they will be anonymous, I hope that these individuals feel that they gain something from telling their stories as individuals whose perspective is of value. In my opinion, an understanding of the local perspective is crucial for all kinds of work with the heritage.

However, I plan to put these results into a wider theoretical debate concerning the heritage, and put it in relation to other case studies. In such a way, I hope that this study can be of some use for people who work with the heritage on sites connected to violence. Even though no model can be transformed from one place to another (each case is unique and need to be approached in its own right), this study will provide some common tendencies between case studies, as well as show the variation present between and within each case study.

Since you took your Bachelor and Master degree in Sweden, could you briefly compare the way archaeology is dealt with in Sweden with the way it is done in Bosnia and Herzegovina?

It is true that I studied my Bachelor and Master in Sweden, at the Linnaeus University, however I am doing my PhD at Kiel University in Germany. You can say that I come from a very open-minded environment which hasn’t been afraid of the potential in thinking outside of the box, and being creative in the research that was carried out. Creativity and analytical as well as critical skills have been the key, and the mixing of different forms of media and expression including the potential in multi-disciplinary. The past can be studied from many different perspectives, and the results completely depend on the theory we apply and the questions that we ask. Furthermore, the past is never past, it lingers on in the present, and it always constitutes a force to reckon with. I believe that an archaeologist needs to be aware of the force of history. Only because we are often working with classical times or pre-history, it doesn’t mean that we can feel that we are at a safe distance away from the present. Look at the relationship between Macedonia and Greek, or look at the recent picture of President Erdogan standing with his armies behind him, armies that can be traced down through the Turkish official history. He is standing there with the (constructed) force of history behind his back. So, if that is how certain people in power are using history, how should we, as professionals be using it? What would be the moral or ethical response to such misuse? By putting a capsule of glass on top of it, close our eyes and hope that it will stay “past”? If we shake the capsule, maybe some snow and Santa clause will arrive. I have been brought up in an environment that never loses focus on the present. Since I haven’t been studying archaeology here in Bosnia-Herzegovina I can’t talk about the differences in any detail, but I think that archaeology all over the world, and this is certainly true here as well, needs to work more with critical understanding of culture (a culture is never uniform or static), how to address and integrate multiple perspectives (for example from women and poor or from both sides of a conflict) and in such a way “pluralize the past”, and the use and misuse of the past in the present.