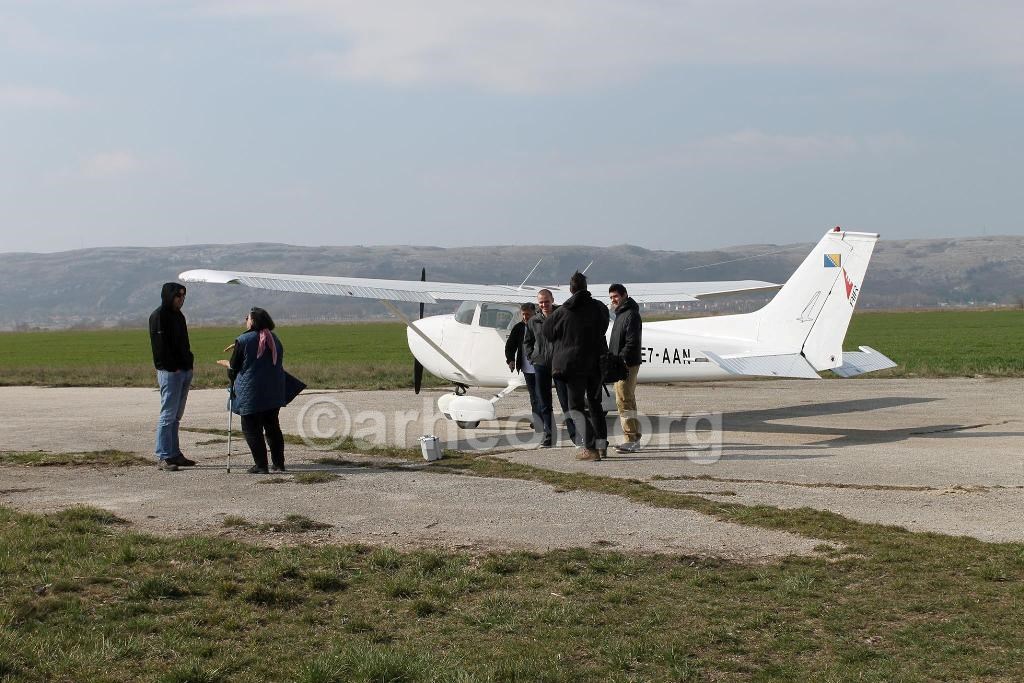 From March 18th to March 20th 2014, a team of archaeologists gathered to initiate the first archaeological air recon over ‘Duvanjsko polje’, being the first of its kind in Bosnia and Herzegovina.

The team comprised professors from the department of archaeology od University of Ljubljana, Darja Grosman and Tina Milavec, also  Stipan Dilber, representing the Franciscan museum of Tomislavgrad,  Marko Ceković from Zagreb,  Jozef Koštial from Prag and Marko Barišić from Mostar. The team also worked with Aero klub klub Mostar (Aeroclub club Mostar) 1949 with their two pilots, Ivan Karačić and JozoZadro, without their participation the project could not have been entirely realised. For the most part, the project was financed by the CONPRA project whilst food and accommodation for some of the team was covered by the director of the Franciscan museum, friar Ante Pranjić.

Since the destruction of archaeological sites in Bosnia and Herzegovina happens on a daily basis, the ambition of this research was to prevent this happening through non-destructive means of aerial archaeology, at least in the area of culturally rich ‘Duvanjsko polje’ and its surroundings.
The project was carried out in such a way so that documentation of a greater number of known and unknown archaeological sites could be made at ‘Duvanjsko polje’, to prevent complete neglect and destruction of these sites.

The next step to be announced is processing and analysis of the photographsv taken, which will lead amongst other things to the creation of the first database of this kind in our country.
The team is convinced that aerial archaeology in Bosnia and Herzegovina will not end here and that this is only the first of many projects to be realised in the future.
Although many of the cultural institutions in our country do not work to modernise and promote archaeology as they should, this team of people have demonstrated that a lot can still be achieved outside of the governmental sphere when one is truly willing.