The European Museum of the Year Award 2017: Museums of Southeastern Europe

Since 1977 the Council of Europe evaluates the success of the European museums with the European Museum of the Year Award. The award has been given to succssesful museums in the area of innovative realizations and in making distance from traditional views on museum function which more emphasises its own gain than social benefits. Small museums with various innovations are brought in the spotlight in order to make them more visible on the scene of European museums.

This is the only Albanian museum entirely devoted to photography and the richness of its display can be found in 500 294 photographs taken since 1858, when first photographic recordings in Albania were made. If you want to know more about Albania at the turn of 19th and 20th centuries, paying visit to this museum is the right choice. The museum is interesting especially because of its architecture which tries to bond the past with the present as well as tying the tradition with modernism. 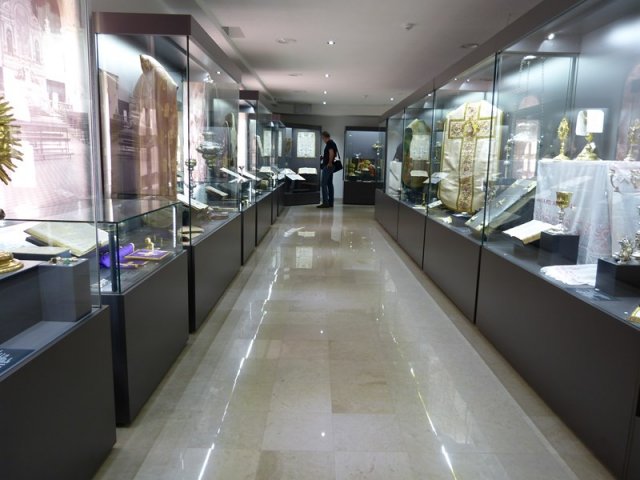 There are many objects that have been preserved for centuries in Franciscan Monastery in Fojnica, which exists for 650 years. The objects now form a magnificent library, an archive, a museum and a collection of artefacts. The museum collection contains various objects – from archaeological findings to exhibits of minerals and ethnological objects. The interesting thing about this museum is that there are facilities for blind people which give them opportunity to experience the past of this region. There are also descriptions on Braille alphabet.

The National Art Gallery in Sofia is largest and most respected institution of this type in Bulgaria. For many years the gallery has been recognized as the national centre of cultural heritage and cultural values of Bulgaria. Gathering of this valuable collection, which it now possesses, began in 1892 when National Archaeological Museum founded the art department. In 1948, in the line with the Resolution of Council of Ministers, this National Art Gallery became an independent institution. The largest part of the collection consists of paintings of Bulgarian painters and it can be said that it is not lacking in the great number of exhibited graphics. Some of the best achievements of Bulgarian sculptors from 20th century are also exhibited in the Gallery.

Jeremija Museum is the most unusual museum among above mentioned museums. It was founded in 1995 and it came up as love towards collecting of Serbian painter Slobodan Jeremić Jeremija. Besides painting, the artist explores and collects various ethnographical objects when travelling through Serbia and writes down the customs of the regions he passes through. During the 1990’s he started the construction of a building in which he would place collected objects. The abundance of the museum lies in collection of about 2000 objects. Many people say that this building is also one of the Jeremija’s artwork.